In the second episode the audience encounters Valentino. In 2014, when the news of his death finally reached me, I wrote my first letter to his mother, a woman unknown to me until then, in order to be able to grieve. His ex-girlfriend, his mother and me are looking for traces of his existence in this film. Instead of a stringent narration, this episode meanders between different narrative levels, spinning around a network of memories, artefacts and social references that create a fragmentary portrait of his and his brother‘s short life. Valentino himself only has his say in the love letters, which actually refuse to be love letters, sent across the corridor of the psychiatric ward in which our stays in 2005 overlapped for a few weeks.

Focus on writing: We were not allowed to use mobile phones. With writing we overcame boundaries. We imitated styles that didn‘t fit our everyday performance. These messages show vulnerability and sincerity because they are „unofficial“ formulations. Nevertheless, they refer to canons, heroic sagas and other successful narratives. 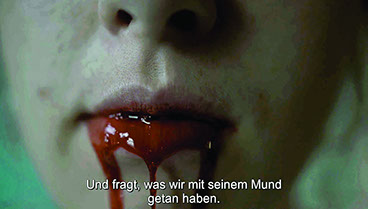 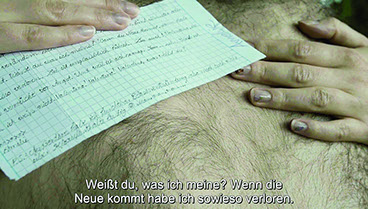